Our colleague, Todd Schneider, a wildlife biologist with the Georgia Department of Natural Resources, took some photos of an aggregation of about 50 Swallow-tailed Kites and 20 Mississippi Kites in late July in Long County, Georgia. When he reviewed his photos later on he noticed an antenna on one of the birds. He contacted us with the time and coordinates. Based on our tracking data, we were able to determine this was a photo of Palmetto, one of the Swallow-tailed Kites we are tracking by satellite.


This photo shows Palmetto on July 27th with the transmitter's antenna visible. 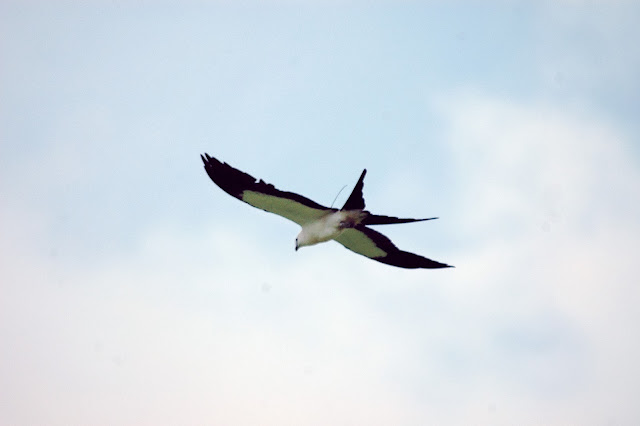 At the time of our last update, Palmetto was still staging in the Greeen Swamp in west central Florida.Photo credit: Todd Schneider
Posted by Amanda Powell at 11:30 AM