We have never seen a Swallow-tailed Kite do what MIA just did to reach his nesting area. After watching him seek refuge on Cuba during strong mid-Gulf headwinds, only to embark on a startling trip west across the Gulf to Louisiana rather than flying the short distance back to his Miami nest site, we imagined he would at least travel over land the remainder of the way home. Instead, he took a risky shortcut, launching out over the Gulf once again at Apalachee Bay in Florida’s eastern panhandle. He continued parallel to the west coast of Florida for 300 miles before returning to land in Cape Coral and closing the last 100+ miles to Miami. Finally, he is home. 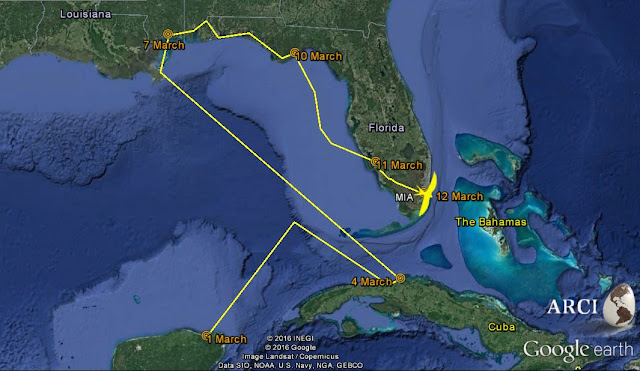 Bullfrog is making her way across the Gulf of Mexico. She has been pushing against strong headwinds produced by late-winter cold fronts.  We are anxiously waiting for her transmitter to turn back on with good news. 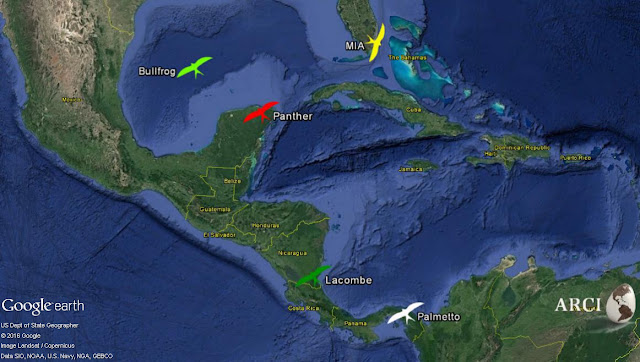 The last time we checked in on Lacombe and Palmetto, both were crossing the Andes Mountains. Now they are sailing rapidly through Central America. Lacombe is in southern Nicaragua, 420 miles ahead of Palmetto, in Panama.

Panther has made it to the Yucatan Peninsula in Mexico and is now on the cusp of crossing the Gulf. We hope she waits for favorable weather. 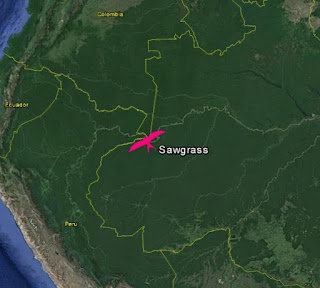 Only Sawgrass remains in South America, presumably stocking up on insects, snakes, lizards, and frogs where Brazil, Peru, and Colombia all join, and where most of our tracked kites linger on their way north.

Posted by Amanda Powell at 6:00 PM